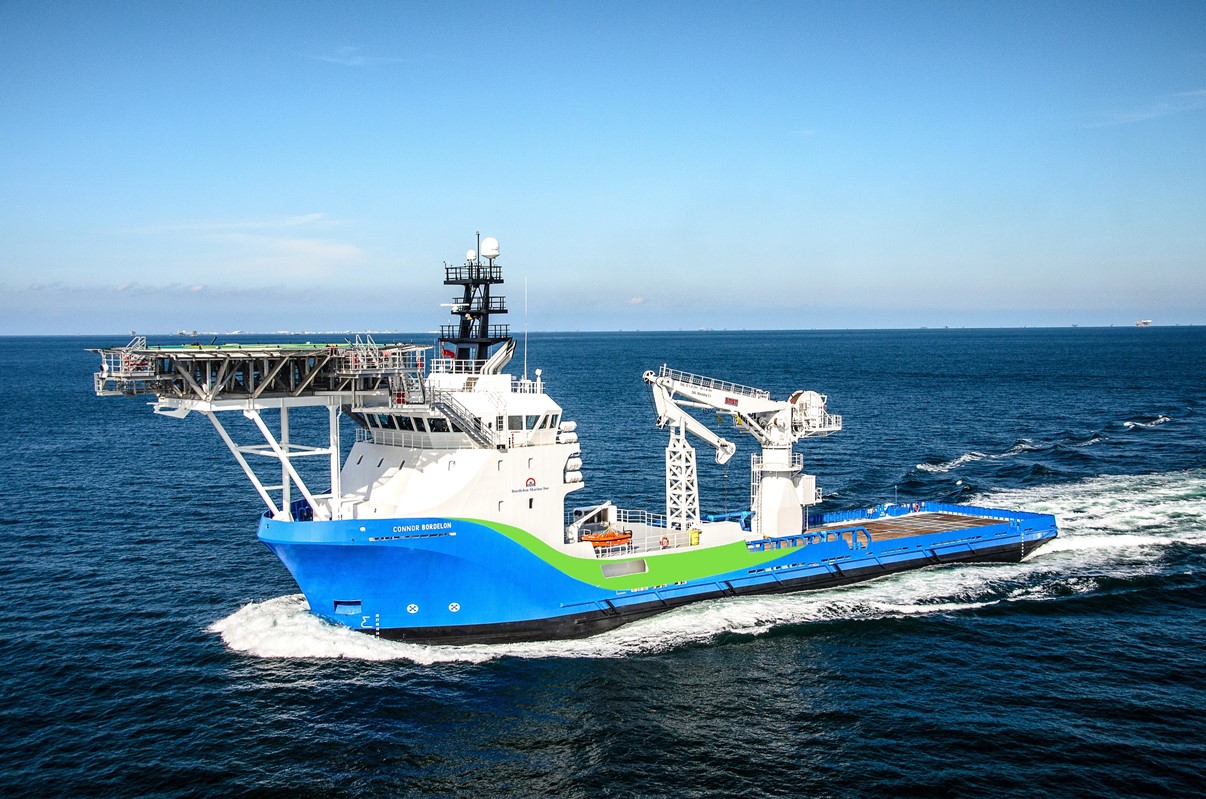 With the installation of the SMST 60t knuckle boom crane with active heave compensation on board the Connor Bordelon, Bordelon Marine has completed its third Ultra-light Intervention Vessel (ULIV). With the addition of this former Platform Supply Vessel to the ULIV fleet, the U.S.-based company is now fully committed to the subsea and dive support arenas. After the successful sea trials of the Connor Bordelon in January, currently the vessel is chartered to Oceaneering to support IMR and light subsea intervention work.

By equipping Bordelon Marine’s Ultra-light Intervention Vessel with a SMST offshore crane,  the vessel is capable of handling, lifting and lowering equipment under rough sea conditions. The Active Heave Compensation System installed on the 60t knuckle boom crane compensates the vertical motions of the vessels. The crane for M/v Connor Bordelon is identical to the SMST delivered crane for sister vessel Brandon Bordelon. Both were installed, tested and commissioned by SMST, with assistance of Huisman North America Services, at Bordelon Marine’s shipyard in Houma.

The equipment on all three vessels of Bordelon Marine’s ULIV fleet is similar, making operations, repairs, and inventory more efficient. The crews are able to move between vessels and remain familiar and fully competent with the vessel’s key systems. All of this is done to ensure a safe, professional and affective operation from one job to the next.

The provided 60t knuckle boom crane is part of a range of SMST offshore cranes for deck and offshore handling, varying in hoisting capacity (from 5 up to 150t) and winches (up to 3000m). The modular-based crane design is suitable for various boom configurations and enables exchange of knuckles for maximum operational flexibility. Besides that the SMST offshore cranes can be outfitted with Active Heave Compensation, it can also be fitted with 3D Motion Compensation to provide a large operational window, with increased workability.